Hello and welcome to The Greenkeeper!  Today is Wednesday, November 21st and I want to quickly remind everyone although the club is closed tomorrow for Thanksgiving the golf course is available (walking only) for those wanting to squeeze in a quick round before dinner, or perhaps you need to "walk off" some of that turkey and stuffing later in the day. Either way I hope you enjoy your time on the course should you choose to come out.  The temperature tonight is expected to reach the mid 30's which means there could be some frost.  As is customary I will make my annual inspection through the course in the early hours and if no frost is present, and nothing else out of place I will retreat back home to a house filled with family and cheer.  If there is some frost you'll find me lingering behind the clubhouse just to ensure any over eager golfers do not cause turf damage while frost is present.  If you come early maybe I'll see you but if we don't cross paths this year, Happy Thanksgiving! 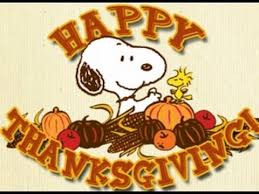 It's hard to believe another year has past since my annual Thanksgiving list.  I penned my first list in 2010 and I enjoy taking time to reflect on the previous growing season.  Believe me, I am well aware my lists pale in comparison to the lists penned annually in the Charlotte Observer by Ron Green, Sr. but to me it wouldn't be Thanksgiving at Carolina without a look back at some memorable moments.  This year, in no particular order I'm most thankful for:

There should be no confusion of a Watch vs a Warning with this example. A Watch the ingredients are there for something, A Warning it's there. #cltwx #ncwx #scwx #WeatherAware pic.twitter.com/nk5kiM2Sfo
— Brad Panovich (@wxbrad) April 15, 2018


P.S., Thank you to General Manager Billy Cleveland for sharing the announcement yesterday of my recent election as President of the Carolinas Golf Course Superintendents Association at last week's annual Conference and Show.  And thank you to those emails filled with congratulatory remarks and encouragement I received yesterday.  It is a huge honor to lead my peers, but an even bigger honor to represent Carolina Golf Club in the process. 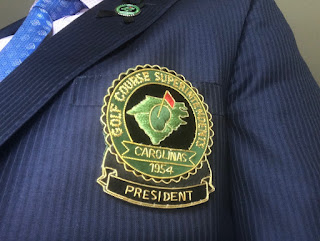 I had the good fortune to speak live on PGA Tour Radio with Brian Katrek and John Maginnes last Wednesday as the newly elected president.  If you would like to hear the interview you can find it HERE.

Enjoy
Posted by Matthew Wharton, CGCS, MG at 6:21 AM