Hello and welcome to The Greenkeeper!  Today is Thursday, January 14th and I want to wish each of you a belated Happy New Year!  I want to thank everyone at Carolina Golf Club for their continued well wishes and support as Mrs. Greenkeeper continues her fight.  I promise every card, email, and personal gesture has helped bolster her strength and courage as we carry on.  At this time she has completed four chemotherapy treatments of a prescribed six.  Her next treatment will be on January 27th and her final one is scheduled for February 17th so she is inching ever closer to ringing that bell.

She continues to work everyday from home, so you can reach her readily via email and I continue to do my best to keep her safe as we navigate this journey through an ongoing pandemic.  That is why you see me more often from a distance and with a mask.  It has been difficult because seeing and interacting with you on a daily basis has always been one of the highlights to my day, but keeping her safe is job one.  So again, thank you all for your support! 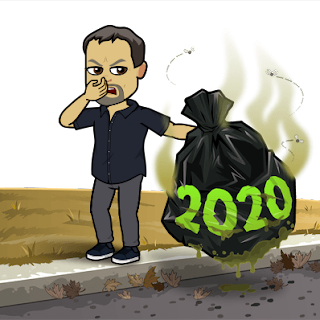 I think the above image was one of the funniest I came across when we flipped the calendar a couple weeks ago, but despite all the connotations in that garbage bag there were some positive things that happened last year.  More golf was played at Carolina Golf Club than ever, in fact, you played more golf in April of last year than any other month. And there were no carts available the entire month of April!  As a whole, walking rounds for the entire year were up 193% over 2019, so kudos to you all for stretching those legs and making golf a staple of a healthy lifestyle!

Another interesting statistic from last year is the fact we broke the 30,000 rounds barrier while it rained nearly 60 inches and the most in Charlotte since 2003!  Prior to the pandemic and its impact on everyone's daily routines, rounds of golf would mirror the weather.  When nice, rounds were up and when less than ideal people shied away from the course.  And that is still true as it relates to those days when the weather is absolutely unplayable, but you don't play that much golf in a year with 120 measurable rain events unless you're willing to brave some elements and for that I commend you! 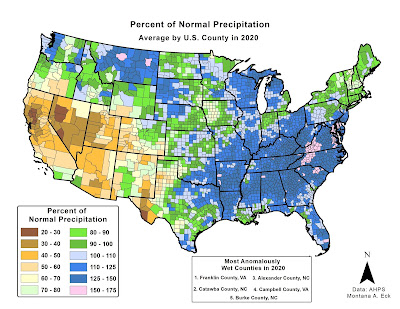 Another good thing to come from 2020 and was hinted in the blog's title is I was one of three winners selected on Thanksgiving day to receive a free CourseVision map of Carolina Golf Club!  Valued at $1,500 this interactive digital map is most impressive. CLICK HERE to learn more about CourseVision. 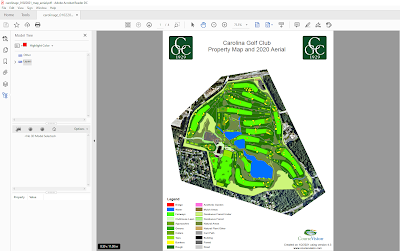 I'll admit I knew very little about the company prior to being selected, but after working with Jeff Ryan and providing his team with some property details that helped create the map, I am most impressed with the finished product and really believe its value is even far greater than retail.  I received the finished product on Monday and spent close to two hours online with Jeff being tutored on the map and its capabilities.  I'm excited to play with it and become more familiar as I believe it will serve us well as we approach our centennial.
The map even contains all the City Parcels containing and surrounding Carolina Golf Club.  You can see below how holes 1 and 2 along with our irrigation reservoir sit on the old Winston property acquired by the club in 2004.

In golf course related news, our Willow Oak and Yoshino Cherry trees were banded to protect against cankerworm in late December.  This week we trimmed the warm-season ornamental grasses and have now started edging cart paths.  We have close to five miles of cart paths as highlighted below by CourseVision.

In other news we are saddened to announce the passing last week of agronomy team member Angelo Jones.  Angelo joined our team in the summer of 2017 and switched to part-time status two years later.  As I've always told my team members, there is no such thing as a small or insignificant task and Angleo always performed his tasks with a warm smile.

It’s with great sadness we share the news Angelo Jones passed away last week. He was a DAV who joined our ranks in 2017 and moved to part-time in 2019. He had health issues but when present he always gave us his best and will be forever missed! #RIP #CGCturf 😔🙏🏻 pic.twitter.com/WCckoyVZ7y