Hello and welcome to "The Greenkeeper"! Today is Tuesday, June 18th and Mother Nature continues to disrupt the aeration schedule.  Remember when you were younger...no much younger than that, and your mother would take you to see the doctor.  You would get that strange feeling, you know of anxiety (that pit in your stomach) because you knew there was a very good chance the doctor was going to give you a shot.  Funny thing is I still get that feeling, every time I aerate the fairways.  You dreaded the shot even though it was going to make you better and I dread fairway aeration for many reasons even though I know in the long run it is what makes our fairways great!

I want to shed some light on the fairway aeration process but first I need to bring everyone up to speed on where we stand with the task and how it affects your course access tomorrow.  Yesterday we were hit with a thunderstorm just before 6:00 pm that brought our operation to a halt shy of completing the first nine holes.  Today started slowly with dark, gloomy skies and lingering wet conditions from last night's storm.  We picked up where we left off with the aeration but the clean-up process (more on that later) was placed on hold.  Just prior to mid-day the sky appeared to be clearing and a breeze picked up (both of these extremely helpful in the clean-up process) but then suddenly we were clipped by a small, passing shower that dampened the day.  Fortunately once that system passed the clouds did part bringing bright sunshine and windy conditions.  Around 2:00 pm we were able to start back with the clean-up process and we began to make noticeable progress.  With the crew's spirit picking up and plans in place for a late night Mother Nature showed once again golf is an outdoor sport and those of us trusted to care for her playing fields are at her mercy.
A thunderstorm unloaded on us just prior to 6:30 pm halting operations once again.  As it currently stands we will only open the front 9 holes tomorrow at 12:00 noon along with the driving range and short game practice area.  The back 9 holes will remained closed until Mother Nature permits my staff and I to complete the task (sometime later in the day).  The problem isn't necessarily the aeration process (we only have three more fairways to go) so much as it is the clean-up process associated with aeration.  The cores have to be dragged in order to break them apart and then chopped (mowed using an old mower) to break them apart even more.  The playing surface then has to be blown in order to remove any lingering chaff and debris before the hole is playable.  When dealing with Piedmont clay soils you cannot perform the above mentioned tasks in wet conditions unless you want to make mud pies, thus it is a little like Goldilocks (this fairway is too wet and this fairway is too dry but this fairway is just right!)

Why do I aerate the bermudagrass fairways, especially when they seem to be perfect?  The answer is simple, to make them better.  Aerating the fairways and roughs alleviates compaction, allows for greater water infiltration to the roots, allows oxygen to enter the root zone, prevents thatch build-up and promotes an overall healthier turf.
Healthier turfs can be mowed more closely and more frequently providing superior playing conditions.  Healthier turfs can better withstand traffic and recover from wear which is critical considering the number of rounds played annually at Carolina.  Having said all that the process isn't easy.  For one thing, aeration is SLOW!  When aerating fairways the proper speed is just under two miles per hour!  Granted the machine itself is large (able to aerate a swath 80 inches wide in one pass).
﻿

However we have approximately 26 acres of fairways which equates to 1,132,560 square feet and our machine can aerate approximately 66,924 square feet an hour thus you see where I'm going.  Not to mention you have to stop to refuel and change the tines because it takes three sets of tines in order to complete the fairways and it takes approximately 30 minutes to change all the tines thus you see where I'm going.  Just like the pain and soreness associated with a new exercise regimen (No Pain, No Gain) nothing but good things come out of the pain of aeration.  It is our commitment to the basic agronomic practices at Carolina that permit us to have fairways others tweet to the rest of the cyber world are second to none and therefore that is how I overcome that pit in my stomach this time each year!

If you search the archives of The Greenkeeper you will see on June 5, 2012 I posted about last year's fairway aeration and there is a picture of yours truly doing my best Mike Rowe (Discovery Channel's Dirty Jobs) impersonation.  This year one of my newer staff members Ernest Brooks (Ernest relocated to Charlotte from near Richmond, VA and worked for one of my good friends at Lake Chesdin GC) was relegated to that task and here are a couple of shots of Ernest in action earlier today.

Posted by Matthew Wharton, CGCS, MG at 8:46 PM No comments:

My Saturated Apologies, The US Open, What Did He Say and The NC Amateur!

Hello and welcome to "The Greenkeeper"! Today is Tuesday, June 11th and I am sincerely sorry so much time has past since my last post.  Of course I could describe in detail multiple reasons why but the reality is I just didn't realize it had been so long.  Webster's defines saturated as "full of moisture, thoroughly wet".  I would say that is pretty accurate right now.  On June 3rd the golf course took on nearly 2.5 inches rain overnight.  Prior to that event we had managed to keep things firm and dry so the golf course soaked that rain up like a sponge.  After a few spotty showers Tuesday, Wednesday and Thursday kept things moist at the surface we took over an inch of rain Friday (June 7th), 1.35" to be exact.  Unfortunately prior to sunrise Saturday morning we were hit by another thunderstorm dropping 0.75" rain.  Yesterday brought us off-and-on showers before a final storm hit just before 4:00 pm and left us with another 0.8" in our gauges.

I know, I lost you at spotty showers...to summarize the golf course has received 5.5" rain in the past 8 days!  That is nearly two month's worth and the golf course has gone from a lean, mean fighting machine to lush, tropical oasis.
﻿ Of course most of the rain that fell on us moved northeastward and lots of it found its way to Ardmore, Pennsylvania and Merion Golf Club, site of this week's 113th United States Open Championship. 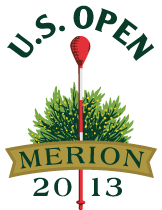 Our own Webb Simpson is the defending champion and I am looking forward to watching the best players in the world take on the challenge of such a classic and highly regarded course.  My heart goes out to Matt Schaffer and his staff as I know they are disappointed the rains have softened their baby and took some of the bite out of the layout.  Here's hoping we don't see another 2011 and the course can begin to dry out and firm up before the conclusion of play...#hopingfor18holeplayoff.

We aerated the putting greens two weeks ago (after the conclusion of the Member-Member).  Despite a slow start out of the gate this spring I firmly believe the putting surfaces were the best they have ever been for our spring tournament season!  I am happy to report they have healed nicely from the small aeration and we are transitioning from our tournament maintenance regime towards our summer survival practices.  I am referring to mowing heights are raised in the humid summer months, we replace grooved rollers on the walk-behind mowers with smooth rollers and we closely monitor the soil and canopy temperatures.  We also closely monitor soil moisture levels and desperately try to keep the greens as dry as possible (water conducts heat and wet soils elevate soil temperatures to lethal levels for bentgrass roots) by hand watering and hand syringing when and where appropriate... #pleasebepatientwhenwesyringe.

Speaking of aeration we aerated the tees last week and just yesterday we aerated the collars.  Next up are the fairways and roughs!  That's right our annual aeration of fairways and roughs is this coming Monday and Tuesday (June 17th and 18th).  Please consider this announcement as your friendly reminder the course will be completely closed both days and yes this process is dirty!  The course will take on a stained appearance for a few days (maybe more depending on weather) and you can help us by scheduling your golf accordingly.  It is the early morning tee times typically causing issues with tracking of dirt and mud.  Because of this carts will be restricted to the paths each day until noon to give the turf adequate time to dry from the morning dew... #wearoldgolfshoes.

The 53rd North Carolina Amateur tees off Thursday at Forsyth Country Club.  You may or may not recall Carolina is slated to host the 54th North Carolina Amateur June 5-8, 2014.  I will be travelling to Forsyth CC tomorrow to meet with my good friend, course superintendent Chris DeVane.  Chris and I spoke for a little bit this past Friday and I am looking forward to seeing what he has in store for the competitors this year and making a few notes so we present Carolina in the best condition possible next year.
﻿﻿
See you on the course,