Hello and welcome to "The Greenkeeper"!  Today is Thursday, September 22nd and the autumnal equinox occurred earlier today at precisely 10:21 am EDT.  That means Fall is officially here!  Of course we all know meteorological summer ended back on August 31st, greens aeration was September 6th and 7th, the NFL football season began on September 8th, and we removed the last two Turf Breeze fans from the golf course on Tuesday so I guess summer really is over!  Hallelujah!

It's hard to believe it's been just over three weeks since my last update.  I mentioned above greens aeration already took place and if you were following along on Twitter you not only saw the team in action but have monitored the healing progress.  Before I share that information with you I want to point out this is the first year we have performed fall aeration this early.  Historically we waited until the third Monday in September to begin the operation, but last spring the Greens Committee asked if there would be any negative ramifications with aerating sooner.  I informed the group that was not the case, our schedule had always been determined by other factors and with those factors not in place this year the decision was made to aerate immediately after Labor Day.  And thank goodness we did when you consider this year produced the 2nd all time hottest summer in Charlotte.

Here’s how hot this summer was by the numbers. https://t.co/P6Re62unA8 pic.twitter.com/eCQOpJqCKC
— Brad Panovich (@wxbrad) September 8, 2016

The putting greens were definitely ready to catch their breath after the past few months, and from looking at the results I firmly believe we made the right decision.  We switched back to a traditional method of physically removing cores opposed to mechanical removal and continued with our old school approach of hand brooming the topdressing sand.  It's a very labor intensive process that requires a number of staff dedicated to the process working long hours, but the results are very rewarding.


With aeration in the books, and the greens finally healed we can now focus our attention on other important areas.  Of course the last tweet above references there are certain areas on some greens more stressed than others prior to aeration and we will begin making repairs to these areas next week with turf from the nursery green.  While closed for aeration we topdressed all tees and fairways.  This was the third time this season we applied 10 tons sand per acre to closely mowed turf this year.  The week immediately following aeration we made our final fertilizer application to all bermudagrass turf and currently we are making pre-emergent herbicide applications to prevent and manage poa annua and other winter weeds from invading our bermudagrass playing surfaces this coming dormant season.  If you notice random paint marks (orange or blue) on the course over the next few weeks, these are just points of reference identifying where we have treated the turf.


When you are trying to uniformly apply product to approximately 100 acres it takes several trips back to the Turf Care Center to refill the tank.  Also, our primary pre-emergent herbicide is not labeled for use on or near the putting greens so we will come back to these areas with a different product that is registered and the paint helps ensure we do not have unnecessary skips or overlaps.  It's all in the name of environmental safety!

Recently you may have also noticed a few areas where the turf has turned browned and been mowed down (between 4 & 17, between 5 & 15, right of 13 green).  These areas were targeted by me and the Committee for renovation as their composition had evolved and they were no longer performing to expectation.  We sprayed the existing undesirable grasses with non-selective herbicide and will be reseeding with our fine fescue mixture.  Fall really is a great time to catch your breath after the long, hot summer and perform other types of course work that really makes an impact.

Fall also signals the arrival of cooler temperatures, firmer conditions, transitional color, and faster greens.  I believe everyone is ready to enjoy some fall golf and with events like Guest Day, Fall Member-Guest, Tough Day, and the Carolina Invitational just around the corner nothing could be finer than fall golf at Carolina.

And speaking of events just around the corner, next week what I believe to be the greatest event in all of sports will take place, the Ryder Cup.  I truly believe this event has grown into something so different and special, and it never ceases to amaze me how certain players elevate the level of their play for this event.  The matches return to home soil for the first time since 2012 and will be contested at Hazeltine National Golf Club in Chaska, MN. 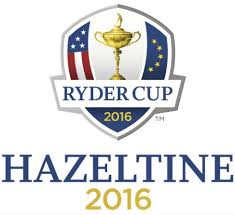 Golf Course Superintendent Chris Tritabaugh and his staff have been preparing for these matches since before the 2014 Ryder Cup was held at Gleneagles.  Chris can be found on Twitter @ct_turf where he has an amazing following.  For several years now Chris has been sharing with us an up close, behind the scenes look at all the preparations required to host what some will say is the "Super Bowl of Golf".  I strongly encourage you to give Chris a follow and gain access to inside information on course preparations for the upcoming matches.  And if you're a real die-hard, follow Steve Chappell @CentenaryHGK.  Steve is Head Greenkeeper of the PGA Centenary Course at The Gleneagles Hotel, site of the 2014 Ryder Cup.  Steve headlines an impressive list of superintendents and industry professionals from around the globe that have traveled to Hazeltine to assist Chris and his team produce the highest quality playing conditions for this amazing competition.  It really is inspiring to witness all the hard work and attention to detail.  I wish Chris, his team, and all the volunteers all the best... and of course, Go Team USA!