Lots To Be Thankful For!

Tomorrow is Thanksgiving and hopefully many of you will spend the day with family and friends.  I hope you are able to congregate together and enjoy a traditional feast.  I can visualize the women strategizing their Black Friday shopping plans while the men fall deep into a turkey coma during the second half of the afternoon football game (hoping this is me).  To all the members of Carolina Golf Club I want to wish you a very Happy Thanksgiving!
After many years of loving birthdays, Christmas and other holidays I think I have finally realized Thanksgiving is truly my favorite holiday of the year.  I love being with my family and just enjoying our simple time together.  Of course, it helps to have an eight year-old granddaughter who can do no wrong keep the mood light!  I have been blessed to be the golf course superintendent of CGC since 2005 and every year I find more reasons to be thankful, not just at Thanksgiving but throughout the entire year!
This year I am thankful for…
I am also extremely grateful and thankful for my wife and family!  Putting up with a man who works all the time, complains about the weather and stresses over his college football team is no walk in the park and she probably deserves a medal!  Plus this year she has tolerated my complaining over a recent slump in my golf game.  It seems when the summer weather finally broke and I was able to get back on the course my swing from spring was nowhere to be found!  If anyone should locate it please phone the golf shop and let either Nick or Steve know...thanks!
Carolina Golf Club, thank you again for everything you have done for me and my family!  Have a wonderful Thanksgiving and…
...see you on the course,

Carts on Path, The Presidents Cup and Solomon's Birthday

Hello and welcome to "The Greenkeeper"!  Today is November 23, 2011 and thanks to both a passing shower night before last and the line of storms that passed through during last night's evening news the golf course will be restricting all golf cars to the cart paths for the entire day!  Today's forecast calls for high winds and with tomorrow being a walking only day (the club is closed for Thanksgiving) hopefully we will be able to get you back on the fairways in time for Black Friday. 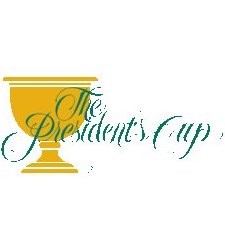 I wanted to share some information with you regarding the Presidents Cup matches held last weekend in Australia at Royal Melbourne Golf Club.  I developed a deep appreciation for RMGC prior to moving to Charlotte and it was my interest in RMGC and particularly their putting greens which spawned my friendship with my mate David Warwick (superintendent of Avondale Golf Club just north of Sydney).  Anyway, David and I were trying to email back and forth during the matches last week and he was kind enough to point me in the direction of the Australian Golf Course Superintendents Association website http://www.agcsa.com.au/.  If you go to their site and click on the "News" tab (second from left) you will be able to access The Presidents Cup Cut Special.  There you will find seven installments, one from each day last week that contain interviews with Richard Forsyth, course superintendent as well as players and captains of both teams and tons of pictures.   Anyway, I know it is not for everybody but I certainly enjoyed it and thought I would pass it along.  By the way, David informed me the good guys lost :) 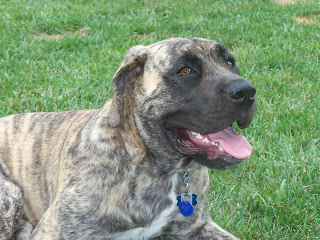 In other news, my dog Solomon celebrated his first birthday this past Sunday, November 20, 2011.  He and I stopped by the vet the day before and he weighed in at 107.5 pounds.  We spent most of the day enjoying the nice weather in the back yard with his new ball and tug rope!

Later today I will post something Thanksgiving related!  Until then...

Hello and welcome to "The Greenkeeper"!  Today is November 21, 2011 and you are looking at my maiden voyage into the world wide web of blog.  I hope many of you find this format more useful and entertaining as well as informative.  It is my intention to use this format more frequently than the current member emails.

Thanksgiving is fast approaching and the club will be closed on Thanksgiving day to allow staff members to celebrate with their families.  All members and their guests are welcome to come and walk the course on a first come-first serve basis.  Currently the morning low for this coming Thursday is forecasted to be 39 degrees.  In order to ensure we do not suffer any turf damage to potential frost on the putting surfaces we are requesting first come-first serve tee times begin at 9:00 AM.  My staff and I thank you in advance for your cooperation.