Hello and welcome to The Greenkeeper!  Today is Wednesday, April 11th and Patrick Reed is the winner of the 2018 Masters.  Now some of you may recall Patrick successfully qualified for the 2012 Wells Fargo Championship right here at Carolina Golf Club, but before we discuss the degrees of separation between us and the green jacket winner, let's take a close look at some recently completed and ongoing course work as we continue to prepare for spring.

Speaking of spring, we are 41 days into meteorological and 21 days into astrological spring, yet it hasn't really felt much like spring to me.  You recall last post I shared photos from greens aeration where it snowed, and Monday morning while conversing with my superintendent peer from Charlotte Country Club, John Szklinski it began to sleet!  We were comparing notes (okay, lamenting) about the delayed bermudagrass green up we're both experiencing and Mother Nature was definitely having a good laugh at our expense.  The good news is the immediate forecast calls for a warm up to spring like conditions through this weekend. We may even see one or two days at or near 80 degrees.
The downside is there are reports indicating one more last blast of winter (or shall I say cooler than average temperatures) may be returning to our area on the back side of this week's warm up.  The chart below reflects the percent chance temperatures will be a departure from normal (average) over the next two weeks beginning back on April 8th and extending through April 24th.  You can see the warm up we are about to experience on the second row, but notice it is short lived as the blue and green hues associated with a cooling trend return to the southeast in rows three and four.
Something about the Madden-Julian Oscillation heading back into phases two and three.  I know, I lost you at Madden-Julian but you can CLICK HERE to learn a little more about the MJO and its impact on our weather in the continental U.S. if you choose.  In the meantime just know that yours truly is ready for the arrival of spring and my team and I are hoping it unpacks its bags and stays for good real soon.

Despite the cooler than average temperatures there has been a good deal of activity on the golf course. Mowing has begun as we've cut select fairways twice and select tees and approaches once each.  Rough is being mowed for the first time today and tomorrow.  Back on April 2nd all bermudagrass areas (tees, fairways, rough, etc.) were fertilized with our custom blend.
This fertilizer is formulated based on soil tests and polymer coated to provide a slow, steady feed to our playing surfaces this spring and summer.  As the bermudagrass continues to wake, albeit slowly from its longer than usual hibernation period, this product will provide the plant with the nutrition necessary to develop into the strong turf and premium playing surface we desire for you and your guests.

Other course related news saw over 30 tree stumps ground and removed back on April 2nd.  A small maple tree growing in the natural/native area left of No. 13 tee was relocated to the natural/native area near No. 14 tee and several lower limbs and branches were pruned from three trees growing left of No. 13 fairway in order to provide an unobstructed view of the bunkers guarding the left side of the fairway.


Needless to say it's been a little busy of late, and even crowded with all the specialized equipment on property.  And speaking of crowded, the City of Charlotte (Charlotte Storm Water) recently initiated a project on Donald Ross Road that required us to grant them temporary access to a small portion of the property.  Underneath Donald Ross Road is a culvert that discharges storm water into the stream channel below the teeing area of No. 13 and flows across No. 11.  The culvert and concrete headwall were both in a state of decline but CSW has been making quick work of the repairs and should be off site pretty soon.

So back to our 2018 Masters Champion, Patrick Reed.  You may or may not recall we hosted the qualifying tournament for the Wells Fargo Championship for five consecutive years (2010-2014).  During that time many veteran and aspiring professionals played the course in hopes of securing one of the four coveted spots in the Wells Fargo Championship at Quail Hollow Club.  In 2012 a young Patrick Reed, with then girlfriend (now wife) Justine on the bag as caddie, fired a 5-under par round of 65 (the qualifying tournaments always played No. 13 from a forward tee making it a par 4 and the course par 70) securing a spot in PGA Tour field.  I recall he birdied 18 ensuring he was in the tournament and avoiding the crowded playoff that ensued when ten guys tied at 4-under played off for the final two spots.  That playoff took six holes and two days before everything was determined.  Sidenote: that year Patrick successfully qualified 6 times on the PGA Tour. 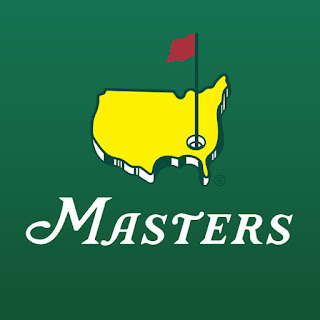 Anyway, as I watched the drama unfold this past Sunday evening I remembered our connection, albeit small to this year's Masters Champion.  I searched the results of that year's qualifying tournament and realized that 2014 Fed Ex Cup Champion Billy Horschel was also in that field and in that 10 for 2 playoff (unsuccessful).  I searched the results from the other years and was surprised to remember some of who had played at Carolina Golf Club and what they had gone on to achieve, like Gastonia's Harold Varner III (2016 Australian PGA Champion) finished T25 in 2013, current U.S. Open Champion Brooks Koepka no carded in 2014, and this week's defending champion at the RBC Heritage, Wesley Bryan finished 97th in 2014.

That's all for now, time to take advantage of these next few warm days and whip this golf course into shape.  With the Masters in the rear view, I know everyone is excited and raring to go.  I'll be back with another update next week with greater detail on some changes to our mowing patterns and hopefully a better idea of the overall state of our bermudagrass health and winter recovery.  Until then...